Zaffarano was among the four Professional Auctioneers who called bids at the Governor’s Sale of Champions in the evening. Joining him on the block were 1992 Champion Mike Espe, 1993 Champion Adam Jokish, and State Representative Jim Sacia of Pecatonica. Professional Auctioneers who served as ringmen by virtue of their positions were 2008 Illinois Champion Ringman Bobby Britz of Divernon, 2007 Illinois Champion Ringman and 2008 International Ringman of the Year Alex Belcher, and 2008 ISAA President Jon Bloomberg of Orion. Cory Craig of Edinburg serves on the Board for the Governor’s Sale of Champions.

Zaffarano and Schmid will represent the Illinois State Auctioneers Association in the International Contest next July in Greensboro, N. Car. 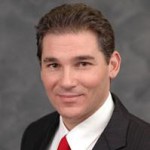